Complex Life on a Knife’s Edge 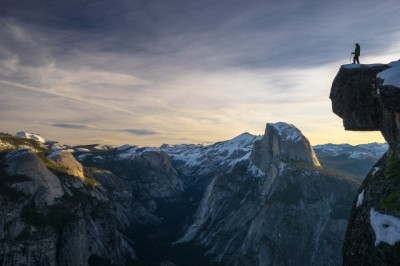 In his book, ‘A Brief History of Time’, Prof. Stephen Hawking writes:

“If the rate of expansion one second after the Big Bang had been smaller by even one part in a hundred thousand million million, it would have recollapsed before it reached its present size. On the other hand, if it had been greater by a part in a million, the universe would have expanded too rapidly for stars and planets to form.1”

Steven Weinberg argued that the cosmological constant must be zero to within one part in roughly 10120 (and yet be nonzero), or else the universe either would have dispersed too fast for stars and galaxies to have formed or else would have recollapsed upon itself before the emergence of complex life-forms3.

Rene Descartes said ‘I think, therefore I am’4. We exist in this universe. But, who created this universe, us, our consciousness, our conscience and our will if this universe had a beginning and it came into existence 13.7 billion years ago through Big Bang? Some argue that through random natural and physical processes over millions of years, we have come to exist and now have consciousness, conscience and will. Now, the odds of this happening all by chance are incredibly small and unthinkable.

Allan Sandage finds it quite improbable that such order can come out of chaos. He asks the question which Leibniz posed earlier: “Why there is something rather than nothing.5”

Nobel Laureate William D. Phillips shares his view as follows: “The observations about the orderliness of the physical universe and the apparently exceptional fine-tuning of the conditions of the universe for the development of life suggest that an intelligent Creator is responsible.”

Furthermore, Albert Einstein shares his view in one of his statements: “Everyone who is seriously committed to the cultivation of science becomes convinced that in all the laws of the universe, is manifest a spirit vastly superior to man, and to which we with our powers must feel humble.6”

Any chain of the physical processes would start from something. The nature of it could be described by anything like empty space and so on. Prof. Lawrence Krauss attempts to answer existence alternatively by redefining his notion of something as ‘nothing’ through the use of quantum mechanics. He says that empty space is a boiling, bubbling brew of virtual particles that pop in and out of existence in a time scale so short that you cannot even measure them7. David Albert rightly contests this position. He writes:

“Relativistic-quantum-field-theoretical vacuum states — no less than giraffes or refrigerators or solar systems — are particular arrangements of simple physical stuff. The true relativistic-quantum-field-•theoretical equivalent to there not being any physical stuff at all isn’t this or that particular arrangement of the fields —it is just the absence of the fields!8”

Our sun could hold 1.3 million earths. There are around 200 billion stars in a galaxy like our own Milky Way. Now, scientists can see a great number of galaxies through powerful telescopes. We know from astrophysics that one light year equals roughly 10 trillion kilometers. The diameter of the observable universe is around 150 billion light-years and the universe is expanding ever so rapidly.

To explain fine-tuning, a group of scientists also suggests that we might be living in just one of the infinite universes where life- supporting conditions just happen to be there in their most precise form for life to exist and evolve. Quantum mechanics has puzzled people a lot including scientists. It puzzled Albert Einstein as well for a long time. It has raised fundamental questions about the nature of reality. When we observe subatomic particles, velocity and position of the subatomic particle is influenced by observation. Some scientists try to explain this problem through parallel universes.

Prof. Brian Greene in an interview explained this idea as follows: “If we have an infinite expanse with only a finite number of different possibilities, the possibilities have to repeat. With an infinite universe and only a finite number of different complexions of matter, the way in which matter arranges itself has to repeat. So, our collection of matter right now, with you interviewing me, is repeating itself out there in the cosmos.”

He further said that when we study the mathematics of quantum mechanics, we still do not understand how to go from the fuzzy probabilistic description (that the particle might be here, and it might be there) to the single, definite, absolute reality that we see when we do the measurement. We never find the particle partly here and partly there. We always find it definitely here or definitely there. How do we go from the probabilities to the definite outcome? Prof. Greene referred us to Hugh Everett who in 1950s, suggested a radical way to deal with this problem. He said that there are two possible outcomes. The particle can be here or there. Therefore, what happens is there are two universes. In one universe, the particle is here; in the other universe, it’s over there. And there’s a copy of you in each universe measuring that particle and thinking, incorrectly, that ‘that particle’s unique location is the only reality’. But, in fact, there are two of you thinking that. There are two realities, two parallel universes9.

The idea of multiverse is untestable. Prof. Greene also does not follow the mathematical logic behind the idea completely to hold with certainty that there are infinite multiverses. Many scientists think that this idea is not even scientific as long as it is untestable. It is trying to explain this world by too much than what is needed or warranted. Mawson uncomfortable with this idea writes:

“The colour of gems stay the same every time we see them. In other words, if infinite universes existed, then there should be infinite changes to our observations of the universe and in essence be unpredictable in infinite ways, yet this is not what occurs.10”

Emeritus Professor of Mathematics at the University of Oxford, Dr. John Lennox says: “To postulate a trillion-trillion other universes, rather than one God, in order to explain the orderliness of our universe, seems the height of irrationality.11” In this context, Edward Robert Harrison presents a choice: “Chance that requires multitudes of universes or design that requires only one.12”

Prof. Richard Dawkins titles his book “The Greatest Show on Earth: The Evidence for Evolution13”. But, it could only potentially explain how the show runs and it cannot explain that who directed it, produced it and is administering it if the show is still live. It is pertinent to ask what Prof. Stephen Hawking also finds perplexing:

“We find ourselves in a bewildering world. We want to make sense of what we see around us and to ask: What is the nature of the universe? What is our place in it and where did it and we come from? Why is it the way it is?14”