Islamic Alternatives to the Secular Morality Embedded in Modern Economics

Bibliometric Analysis of Research on Waqf 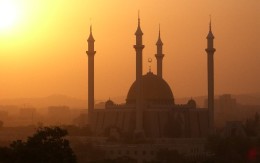 Expanding the Frontiers of Economics: Some Insights from the Qur’anic Revelation

Urdu Introduction of the Book

Reflections on the Origins Chapter 1 (Urdu)

Reflections on the Origins (Complete Book in English)

The book explores the origins taking cues from science, philosophy and faith. We exist in this universe on planet earth and our existence is possible by a fine-tuned balance between physical forces. There are some facts we know by observation and experience and some facts that we know by inference.

We have an ability to recognise our consciousness and conscience. Using our senses and rational faculties of inference, we come to know that the lifeless matter and living beings owe their existence to someone else due to their inability to explain their existence by self-creation. Matter has not created itself. Life in its complex and intelligent form in humans can also not be explained by self- creation. Matter is malleable in our hands and we can convert it into different ways to make aero planes, skyscrapers and pyramids. Using geo-engineering, we are striving to even transform climate of entire planet. We, having this ability or potential have also only come into existence in this world few hundred thousand years ago. Thus, even after gaining tremendous advances in artificial intelligence, we cannot claim to explain our existence through self-creation and creation of consciousness from unconsciousness. In a mindless universe, we find ourselves as sentient beings in search of the origin and meaning of life.

Through science, we can explain origin of universe from big bang and origin of life from a self-replicating molecule. But, the question of agency and will is outside the domain of science. If this universe had a beginning, then it cannot explain itself from within its constituents in the form of matter, energy, physical laws, physical forces and various kinds of life which evolved much later after the beginning of universe. All of these elements of the universe must also have an origin. A great many scientists even including those who are agnostics and atheists find that there is a respectable case and reason for a deity. Some explain it as watchmaker or blind watchmaker. Some describe it as mathematician giving birth to laws and mathematics in the universe and its working. Science can help us thus far in questions of origins. Those who believe in scientism stop at this point and do not entertain the questions of purpose and meaning which are beyond the scope of science.

Nonetheless, logic and human curiosity demands that we go further in search, if not with science, then with our ability to infer the unseen from the seen. Using logic and history, we can also delve further. Can we turn to the Creator and learn the purpose and meaning of life.

Faith in God is not a figment of imagination. It is the widely held belief in entire human history as far back as we go in history from available historical records. It has an ontological rather than just a cultural basis. This belief would reflect in culture, but it does not mean that it is a creation of human mind to engineer faith in God just like money and agriculture. We know that money is a medium of exchange in society and agriculture is a way of gaining economic sustenance in society. Religious belief is not held like a tool to do something. Faith in One God beyond this universe and faith in afterlife accountability transcend world as well as this life.

There can only be one and only God unfolding universe from the point of infinitesimal singularity through Big Bang. It happened in such a precise way that we are able to go back to a fraction within second of that event and then explain the physical processes from that point onwards to now and far future.

In addition to giving consciousness and conscience which helps us in acknowledging uncreated Creator and differentiate right from wrong actions in our lives, the uncreated Creator has given humans external guidance through messengers. All monotheist religions comprising almost two-thirds of all human population in the last two thousand years of historic periods have agreement on this. The last two messengers, Jesus (pbuh) and Muhammad (pbuh) have lived in historic times and their teachings are available. It is also probable that over the period of time, the teachings of earlier messengers (pbut) have been adulterated by humans. That is why, Qur’an as the last divine word of God, has been especially preserved and through verbal and written transmission, it is available to us in its original and authentic form. The history and future described by Qur’an has been found to be perfectly accurate. Its description of nature which comes only as a reminder to humans to reflect is also consistent with modern science.

This book gives a detailed account of faith- based worldview in the last divine words of God on this earth. The book also shows that how faith gives us values for righteous conduct in our relation to the environment, other life-forms and other humans like us in society. The book also makes an effort to clarify misconceptions about faith. It discusses how faith deals with gender rights, democratic values and pluralism.

On the other hand, this book also extensively presents the view of prominent scientists on the other side of discussion, such as Prof. Stephen Hawking, Prof. Richard Dawkins, Prof. Lawrence Krauss, Prof. Michio Kaku, Prof. Brian Greene and Prof. Neil Tyson among others. The discussion also quotes Albert Einstein, Steven Weinberg, Karl Popper, Norman Campbell and Richard Feynman on epistemological questions. The views of cultural and political critic like Max Weber, Sam Harris, Samuel Huntington and Prof. Pervez Hoodhbhoy are also presented. The book also quotes philosophers like Plato, Immanuel Kant, William Palley, Voltaire, Rene Descartes, John Locke and Prof. Daniel Dennet among others. All views are presented in exact quotations in almost every instance with detailed and verifiable references. The book provides faith based perspective and answers to the questions raised by some of these thinkers academically.

It is hoped that this book serves the purpose to clarify positions of theism and atheism and science and faith. We all inhabit this planet and need to live with our differences. Peaceful co-existence will also depend on clarifying misconceptions so that we are able to understand each other’s perspectives. It is an effort towards that end and it is hoped it helps in contributing to this aim.

Book Title: Reflections on the Origins in the Post COVID-19 World

Mode of Payment in Pakistan