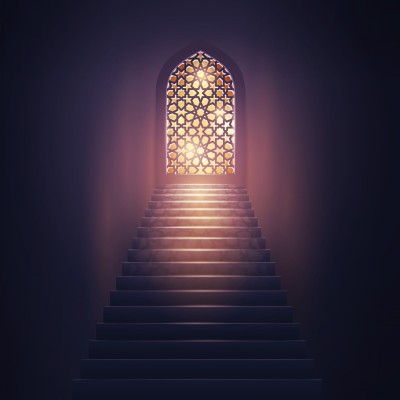 Human welfare in Islamic worldview encompasses economic welfare, but comprises much more than that. The achievement of human welfare is sought in both aspects of human life, i.e. worldly life and eternal life hereafter. Hence, the human welfare function can be represented by:

Wh is total human welfare in both aspects of human life.

We is human welfare in eternal life hereafter.

We can further explain this model to define Wt and We. Both these functions are defined as follows:

Where Zt is a vector of variables which belong to the category of ‘individual specific positive utility gaining factors’.

The constrained set which is a union of three sets is defined as follows:

Csociety = {Acts which harm society and its institutions}

Cpeople = {Acts which harm other people, their rights, freedom or property}

Hence, Islam does not deny individuals to fulfill their specific consumption and aesthetic desires. It also does not deny temporary indebtedness to achieve these things which can help smooth intertemporal consumption in this world.

Where Islam intervenes is in identifying for our own benefits the ills in potential acts which may harm us and/or the society and hence reduce the overall human and societal welfare. It is possible that we feel temporary satisfaction in some potential acts, but their long term impact on our spiritual and ethical existence and collective impact on society may reduce the overall human and societal welfare.

We can define the eternal life welfare function as follows:

Where Ze is a vector of variables which belong to the category of ‘following Allah’s commands which will bring non-decreasing positive utility gain in life hereafter’. These commands do not segregate a human’s life in two compartments. Rather, these commands help the humans to live this worldly life in the best possible manner of obedience to Allah and while being responsive and sensitive to the duties that they have to carry out in different roles of life.

Eternal life has no set of constraints. Hence, unlike the usual constraints in Economics which limit the optimum value of a function, our constraint sets in worldly life is welfare maximizing in the long run for individuals. The worship set also reinforces the commitment not to violate the other three sets of constraints. The last three constraints which belong to the category of Huquq-ul-Ibaad are necessary conditions for welfare maximization of self and when they are not violated by individuals, the society also benefits. Islam emphasizes that humans should embrace spiritual rationality as a compliment to material rationality so as to achieve total human welfare.

The achievement of lasting happiness and non-decreasing positive utility will only happen through maximizing both the functions, especially the eternal life function.

For ensuring no corner solution, we shall have both Wt >0 and We >0.

Plus, Islam requires people to live modest but decent lives and fulfill their own needs and family needs. Islam does not permit monasticism and does not encourage celibacy. Hence, Wt  not only shall be positive, but also achieve a threshold ‘w’ where the ‘w’ represents welfare from a minimum level of standard of living that qualifies as balanced standard of living within the bounds of Islamic injunctions without lavishness and violating the constraint sets.

The constraints of the life may sometimes require a trade-off between the two functions. In such instances, the trial is to choose the right path ordained by Allah so as to achieve the maximum human welfare in the eternal life. It is because of the parameter ‘α’. Things that we enjoy in this world will be replaced by similar things in afterlife, but they will provide much more utility and they will not be finite nor will our satiation at any time have binding constraints. The difference between the utility of same bundles traded off in this life for afterlife will be given by the positive multiplier in the exponent of parameter ‘α’ that is part of the eternal life function.