Need for a Well-Directed Muslim Response 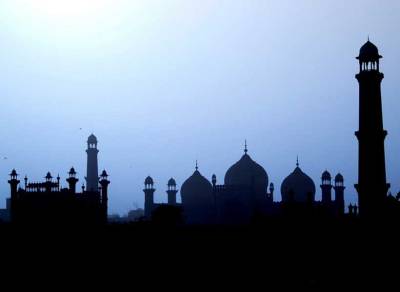 Some of the non-Muslim contemporaries of Prophet Muhammad (PBUH) used to tease Him (PBUH) during His life. Qur’an mentions that people who did not believe in Prophet Muhammad (PBUH) called upon Prophet (PBUH) in words which had dual meanings and their hearts implied the meanings which tease (2:104). God forbid, they used to call Prophet (PBUH) a poet, fore-teller and magician (69:41-42). God forbid, they even called Him (PBUH) as mad (15:6) and Muftari, i.e. forger or liar (16:101).

Qur’an denies these claims and mentions that Prophet Muhammad (PBUH) was on a exalted standard of character (68:4) and sent as blessing for all worlds (21: 107). Qur’an also guides towards the right response. “God knows all that is in their hearts; so ignore what they say, admonish them and speak to them in such terms as will address their minds.”(4:63). Quran says: “Invite to the Way of your Lord with wisdom and fair preaching.” (16:125). Qur’an says: “So remind them, you are only a one who reminds. You are not a warden over them.” (88:21-22). Qur’an also says: “Don’t insult those whom they worship besides Allah… (6:108).”

Few years back, Muslims shared some information on Prophet Muhammad (PBUH) using #WhoIsMuhammad hash tag. Many hundreds of non-Muslims also shared the messages on social media platforms and they were amazed to know such information. We must recognize that their most often instance of engagement with Islam is not through Qur’an, but through meeting Muslims. We need to educate ourselves on the right mindset required from us. Qur’an says that there is no compulsion in religion (2:256), preach with wisdom (16:125), be just even with enemies (5:8) and know that killing a human is like killing humanity (5:32). Tolerance will come in our society if right education is received.

In Pakistan, the current blasphemy law was introduced during the regime of Zia-ul-Haq in 1986. Initially, it did not suggest capital punishment as the only punishment for blasphemy. In 1991, Federal Shariat Court, an institution established during the regime of Zia-ul-Haq, made amendments in the law which resulted in capital punishment as the only unpardonable punishment for blasphemy. Before 1986, there were hardly any cases of blasphemy in the last one century prior to 1986. In most of that period, Muslims lived as minority in united India and even then, the blasphemy cases were almost non-existent. Since 1986, there have been thousands of blasphemy cases registered in the country when the minority population is less than 3%. When Muslims represented only a quarter of the population in united India, the blasphemy cases were almost non-existent. When Muslims constituted more than 97% of the population in the country and where the constitution has several pro-Islamic laws and favourable standpoint on Islamic legislation, we have seen thousands of blasphemy cases and accusations. It has resulted in several unjust incidents against minorities.

Qur’an mentions that capital punishment can be given in the case of murder or in the case of Fasad-e-fil-Ard (5:54). Fasad-e-Fil-Ard refers to mischievous activities which harm people’s lives, wealth, honour and rule of law in society. The punishments pronounced by Prophet Muhammad (PBUH) as head of state to some individuals belonged to one of these categories. Kab ibn Ashraf was punished not instantly when he started blasphemy, but when he indulged in high treason against the state. Likewise, Abdullah ibn Khatal killed his sub-ordinate. Islamic laws prescribe capital punishment for murder of a human being. Abdullah Bin Ubai, who was a hypocrite, but who did not indulge in murder or Fasad-e-Fil-Ard, was not prosecuted and punished.

Maulana Zahid Ur Rashidi in Al-Shariah journal (Oct, 2011) explains how Abdullah Ibn-e-Abbas (rta) and Hanafi jurists like Imam Abu Yousuf, Imam Tahawi and Ibn-e-Abidin viewed blasphemy. As per them, capital punishment does not apply to non-Muslims and even when it is applied to Muslims, it is pardonable upon repentance.

Qur’an credits Prophet Muhammad (PBUH) as having best morals. His (PBUH) life explains that. He (PBUH) pardoned and forgave those who plotted plans to harm and kill Him [God Forbid], those who tortured Him (PBUH) emotionally, physically and financially, those who banished Him (PBUH) and those who misbehaved and harmed His (PBUH) family members including wife (rta) and daughters (rta).

Prophet Muhammad (PBUH) said: “A Muslim should speak the truth when he says anything, and fulfil his trust when he is in position of trust.” He (PBUH) said: “He is not one of us who dies without having shown kindness to our young ones and respect to our older ones.” He (PBUH) defined a Muslim as: “One from whose tongue and hands, others are safe”. Prophet Muhammad (PBUH) looked at Ka’aba and said: “You are sacred, but the life of a human being is more sacred than you”.

Even if some law has to be implemented if merited by evidence, it is only the prerogative of the court of law to make a judicial decision. It is regrettable that the distinction of which teachings are for individuals to uphold and establish and which are for state is not well understood. Rather than explaining this distinction, sometimes, the individuals taking law enforcement in their hands are praised, appreciated and even idealized. Rather than making more space for the propagation of Islam, this can potentially bring more state control and intervention, which is not a healthy state of affairs in the long run.

Silence is also a conscious stance. We will be judged for our actions, intentions, mindset and conscious efforts in understanding the true message. As per Qur’an, on Judgement Day, not even blood relations will share each others’ burden, let alone any thought leaders. The contemporaries who did not believe in Prophet Muhammad (PBUH) practiced political correctness. Their fate and Qur’an’s verdict on them shows us that there is no benefit in political correctness when the need is to be clear and decisive. Spare a thought to understand what it means to be a Muslim in the words of Prophet Muhammad (PBUH). He said: “A Muslim is one from whose tongue and hands, others are safe”.