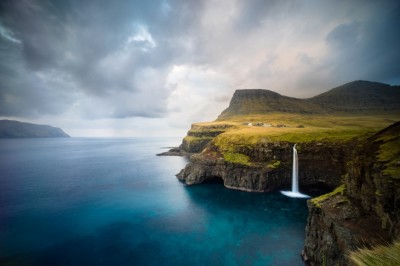 Anthony Kenny gives response to such naïve assertion as follows: “Many different definitions may be offered of the word ‘God’. Given this fact, atheism makes a much stronger claim than theism does. The atheist says that no matter what definition you choose, ‘God exists’ is always false. The theist only claims that there is some definition which will make ‘God exists’ true.2”

There is profound thinking and conviction with which people hold onto their beliefs. Monotheist religions differ in their details, but not in Who the One and Only God is. They believe in the same God. Since the religious scriptures were meant to be read by general public and were revealed in human language, the name maybe different in different languages. The important thing is the concept no matter whether we name pull of gravity as ‘Kashish-e-Saql’ in Urdu language or by any other name in another language.

In fact, almost half of all scientists believe in some form of Deistic God as confirmed by a survey conducted by Pew Research in 2009. Among most of them who believe in God, they conceive of God as a singularity. Knowledge of Big Bang where everything originated from singularity also provides credence to the idea of a single Ultimate Creator.

There are only a handful of monotheistic divine religions in the world. Muslims believe that there was a single monotheistic religion. It was the same religion which was preached by Adam (pbuh), Noah (pbuh), Ibrahim (pbuh), Moses (pbuh), Jesus (pbuh) and Muhammad (pbuh) and all the other Prophets (pbut) in between Adam (pbuh) and Muhammad (pbuh). Christians defined their distinct faith as Christianity by believing in Jesus (pbuh) and denying Prophet Muhammad (pbuh) despite Bible giving clear signs of His arrival and characteristics. Jews defined their distinct faith by believing in Prophets before Jesus (pbuh), but denying Jesus (pbuh) and Muhammad (pbuh) despite Torah giving clear signs of the arrival of last Prophet (pbuh) and His (pbuh) characteristics3. The denial of the last Prophet (pbuh) is not supported by the religious scriptures which clearly foretold the last messenger by name, characteristics and traits. Muslims believe in all Prophets (pbut) including Jesus (pbuh) and Moses (pbuh). Muslims believe in all Holy Books. Since these Holy Books were not kept in their original form, Muslims pay more heed towards the last Holy Book, i.e. Qur’an which was revealed in the daylight of history and which encapsulates the true teachings and foundational beliefs of the original monotheistic religion. Quran’s every word has been transmitted from generations to generations through i) the verbal transmission of thousands of people in every age who had learnt it by heart and through ii) written transmission soon after Prophet Muhammad’s (pbuh) time. Qur’an is the God’s last words transmitted to humans on earth because it was ensured that these final verses will be preserved in the daylight of history.

Historical and archaeological records also tell us a lot about the past. The universe is expanding and the galaxies are moving away from each other at an ever accelerating speed. Future telescopes would only rely upon historical records to see the universe we are able to see at a special time. Else, the modern telescopes of future taking the latest pictures and filming reality even with increased capability will find and show darkness in space. Qur’an reminded Arabs, Jews and Christians about their history and historical records present with them and which provided them a clear chance to affirm truth and evaluate it. People like King Najashi (also known as Armah, the ruler of the Kingdom of Aksum) and Warqah Ibn Nawfal knowing their historical records and their reference in Qur’an were able to affirm the evidence of Prophet Hood of Muhammad (pbuh) through their own historical scriptures instantly.

Consistency of curiosity with which a historian, anthropologist, archaeologist and physicist works demands that one likewise gives attention to Qur’an with objectivity and sincerity.

Qur’an is not a book of science. But, to present its basic message, it focuses our attention on different realities, both within our consciousness and in the outside natural phenomena. Modern science has not found any error in Qur’an’s descriptive statements about nature.

As a matter of fact, Islamic texts fourteen centuries back do not say that the earth was created a few thousand years ago. In fact, Qur’an mentions that at different places in the universe, the length of the day could be hugely different as compared to Earth. When Qur’an discusses the material world, its descriptions are found to be consistent with established facts of modern science. In 650 A.D., those things could not have been conceived, observed and communicated by a person who did not receive any formal scientific education.

When Qur’an focuses our attention to nature, some of its descriptive statements about the state of early universe (Fussilat: 11), movement of mountains and continents (An-Naml: 88), human development in a mother’s womb (Al-Mu’minun: 13-16), non- mingling nature of seas (Ar-Rahman: 19-20), rotation of planets, stars and celestial bodies (Az-Zumar: 5), expansion of the universe (Adh-Dhariat: 47), relative nature of time in the universe (As- Sajdah: 5), shining of moon by reflected sunlight (Al-Furqan: 61) and determination of sex (An-Najm: 45-46) are not contradictory to what we now know through established scientific knowledge.

It is inconceivable to many modern scientists who have also studied Qur’an that how can a person without extensive travel, writing ability and attending modern universities of knowledge, could explain things about history, nature and make socio-political predictions that would appear perfectly correct afterwards.

Dr. Keith Moore, former President of the Canadian Association of Anatomists and of the American Association of Clinical Anatomists remarked at a conference in Cairo that details of human development as mentioned in Qur’an must have come to Muhammad from God, or Allah, because most of this knowledge was not discovered until many centuries later4.

The historical accuracy of Qur’an’s socio-political predictions, perfect transmission through ages of its text, the unique eloquent language it carries and its accurate description of humans and nature should compel one to give it a sincere reading and reflect on its basic message. The basic message for us is that we are not created without any purpose. As per Islam, the purpose is to excel in our duties to Allah with a thankful attitude and be kind to all of His creations including humans, plants and animals we interact and live with.

If a religious text is transmitted generations after generations with perfect historical accuracy and consistency and whose descriptive statements about history and future are verified perfectly and whose descriptive statements about what we see across nature and within ourselves is accurate and verified by established discoveries of modern science, then it is certainly a very serious candidate for us to consult in exploring the question of why life and for what purpose? As a matter of fact, Qur’an is such a book which comes true on all the above mentioned characteristics.