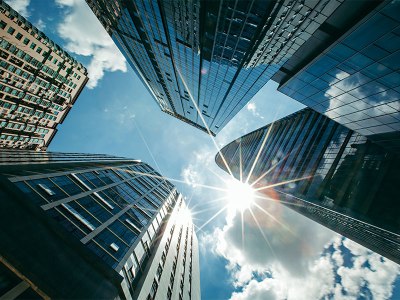 Alhabshi (1987) reflects on Islamic economic scheme and argues that Islam does not disregard a human’s desire for material welfare. It allows the fulfillment of both material as well as spiritual needs. Sattar (1988) argues that even though Islam is not fundamentally opposed to the operation of market forces, but it intervenes by imposing certain limits from the perspective of ethics and morality to achieve fairness, foster cooperation in economic decision making and outcomes.

In addition to that, Amin et al. (2003) explain that in the Islamic economic framework, it is assumed that economic agents are guided by Islamic values. Thus, a Muslim producer, being accountable to Allah, treats the resources at his command as a trust and the production of goods as a duty, and he will base his production decisions on the concept of ‘Maslaha’. The author opines that a producer in an Islamic market could still be profit-driven; but, being governed by the Shariah, the Islamic producer’s valuation of economic costs will be modified. Hence, the producer will internalize the externalities in its utility and cost functions.

Hassan (1983) points out that there are some aspects in which the capitalistic system and the Islamic economic scheme have some compatibility. Islam allows the pursuit of profit, private property ownership including the means of production and the freedom of enterprise. On the other hand, it differs from the capitalistic system by its emphasis on cooperation against the competition, social gains against private self-interested behaviour alone and disallowing unfair and speculative means of economic exchange and enterprise, such as Ribā (usury), Maysir (gambling) and Gharar (uncertainty).

Another contrast which comes in the Islamic approach to production theory is in its emphasis on morality in the choice of goods to be produced (Halāl vs Harām), in the way factors are used (avoiding exploitation, injury and harm), in the way goods are produced (using Halāl materials, processes and methods), in the way economic gains are distributed ( having fair returns to factors of production and no fixed remuneration to money capital that bears no risk in productive enterprise) and in finally, how the goods are consumed (avoiding Harām goods and services as well as Isrāf and Tabzēr in consumption).

Discussing the goal of the firm in Islamic economic framework, Hasan (2002) argues that it is important to understand what is being maximized, how, and for what purpose. He says that maximizing survival, employment, equity, or the pleasure of God would probably be welcome to most of the people. The author opines that if the firms fulfill their Islamic duties towards the consumers, the employees, and the society in general in arriving at their total revenue curves, then profit maximization is not objectionable. He argues for internalizing social costs and benefits to enable the use of profit maximization with requisite modifications and restrictions.

Azid et al. (2007) share the view that competition and cooperation can be a complementary concept on the moral plane. For achieving productivity and avoiding wastage of resources, the pursuit of efficiency is not problematic to achieve the best output to input ratio. On the other hand, when markets do not cater to social problems, ills and negative externalities, ethical and moral behaviour by showing cooperation for social gains is desirable and recommended in the Islamic ethos.

In exploring mathematical modeling of a firm’s behavior, Metwally (1997) describes an Islamic firm as one that would seek the maximization of utility which is a function of the amount of profits and the amount of spending on charity or good deeds. The author suggests using the utility as a broad function which includes net profits as well as charity as parameters. However, the amount of profit would, after the payment of all imposed taxes (Zakāt and other dues) be no less than a minimum level which is ‘safe’ to keep the firm in business.

One problem with this way of modelling firms in Islamic framework is that altruism is treated in the utilitarian framework and thus, it affects the purity of altruistic activity and motive. In the Metwally (1997) model, higher payments in charity have supposedly a higher effect on price. If this happens due to improvement in the social image, then the purity of altruistic activity becomes questionable if the sacrifice of profits in charity is recouped through higher prices. Secondly, in an economy where it is not obligatory to pay charity, increasing price by a firm motivated through Islamic principles would not be possible without diminishing its demand, especially in competitive markets with standardized products. Finally, in situations where prices decline, this charity spending which was depending on transfer pricing, would decrease in society when it is needed most in the period of deflating prices when economic investment and employment opportunities decline.

In another mathematical formulation, Bendjilali & Taher (1990) argue that even in an imperfect market structure like a monopoly, if the monopolist is concerned about the social welfare, then he will be willing to partially sacrifice his profits in order to attain efficiency and minimize social welfare loss. Indeed, as discussed above, Islamic principles encourage the firms to uphold moral values and incorporate both positive and negative externalities in their decision making.

Hence, it could be appreciated that several authors have emphasized the ethical and spiritual rationality in the firm’s behavior. In a value-neutral framework, there is no cap or mechanism to solve the problem of a human’s greed. In fact, a value-neutral framework provides a cover to follow, pursue, harness and practice greed. On the other hand, Islam addresses hearts and first of all, it attempts to purify the heart and encourages compassion and shared responsibility through reminding about afterlife accountability.