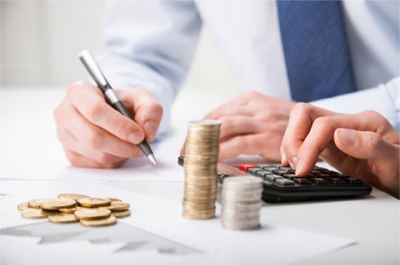 Agency conflict arises when the various parties have different incentives or objectives in a mutual relationship. Two main agency conflicts which arise in commercial context are:

In the first agency conflict, the managers appointed by the shareholders may work in a manner that increases their own welfare, but which may harm the interests of shareholders in the long run. For instance, excess leveraging, loose credit sales policy, avoiding necessary repair, neglecting inventory and capital investment to show higher short term profits and liquidity. As a result, managers can sanction higher perks and bonuses in the short run for themselves when they are engaged with the firm and before they switch to other firms.

In the second agency conflict, shareholders represented by the managers may take on excessive borrowing which may increase the capital provided by creditors at excessive risk afterwards. Higher returns will magnify return on equity and lower returns or losses will only hurt shareholders up to the amount of limited capital they invested in the business. Moral of the story is that when accountability can be avoided in presence of authority, moral hazard may occur.

Some of the ways to counter the first agency problem include i) Linking compensation with profits, ii) ESOP (Employee Stock Ownership Plans) and iii) Threat of management firing or replacement. But, there are ways by which managers counter the ‘management replacement’ concern from takeovers. These include i) Poison pill and ii) Golden parachute, for instance.

Some of the ways to counter the second agency problem include i) Negative covenants, ii) Including  representatives in the Board of Directors and iii) Cap on credit limit/financial ratios.

However, as can be anticipated, human beings after all have greed and often, the innovations in counter strategies resulting from the greed bypass and out speed regulation.

In this context, it will be interesting to discuss Islamic economics perspective on this issue. First, Islam places huge emphasis on documentation to avoid conflicts. (See Al-Baqarah: Verse 282)

Second, Islam encourages equity financing over debt financing in which payoffs are linked to productive enterprise. The source of payoffs is the same for all equity partners and the distribution mechanism is agreed among them at the outset. This brings equity in a customized way incorporating the utility functions and independent choices of partners.

Third, with regards to the first agency conflict (between shareholders and managers), we need to recognize that the first agency conflict can exist even in a completely non-leveraged firm as well since not all small and large shareholders can be participating in all of the mundane activities of business simultaneously. In this regard, the Islamic ethical injunctions are very important devices to affect the economic behavior. Below, we discuss these ethical injunctions:

“…and he who eats unfaithfully shall bring that in respect of which he has acted unfaithfully on the Day of Resurrection; then every soul be paid fully what it has earned, and they shall not be dealt with unjustly.” (Ali-Imran: Verse 161-162)

“O you believers! Do not betray Allah and the Messenger, nor knowingly, betray your trusts.” (Anfal: Verse 27)

Prophet Muhammad (pbuh) said: “The Muslims are bound by their stipulations.” (Abu Da’ud)

Prophet Muhammad (pbuh) defined hypocrite as: “If he makes a promise, he breaks it, and if he makes a compact, he acts treacherously.” (Bukhari)

2)      Firm belief in afterlife accountability and deterministic justice and rewards promised in life hereafter should affect the intertemporal behavior of every economic agent in economic and non-economic relationships. It affects the behavior even where regulation fails. It is because nothing is hidden from Allah who knows not only the actions, but the intentions behind the actions.

3)      With regards to the second agency conflict (between shareholders and creditors), Islam discourages taking on debt unnecessarily. Prophet Muhammad (pbuh) used to ask salvage from indebtedness. It is narrated by Abu Musa Ashari that the Prophet (pbuh) said: “After the major sins which must be avoided, the greatest sin is that someone dies in a state of debt and leaves behind no asset to pay it off.” [Darimi]