Significance of Recycling for Environmental Sustainability 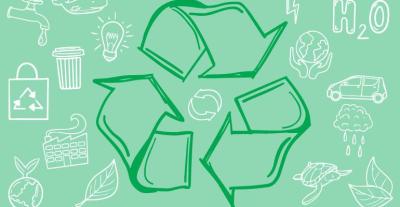 The recycling process has become a core and essential element of sustainable development. Nonetheless, economic analysis of recycling relegates environmental concerns to mere externalities, which are un-priced costs and benefits that accrue to individuals outside of private transactions. Examples of positive externalities include decreased air pollution and greenhouse gases from incineration, reduced hazardous waste leaching from landfills, reduced energy consumption, and reduced waste and resource consumption, which leads to a reduction in environmentally damaging mining and timber activity.

The United States Environmental Protection Agency (EPA) has concluded in favor of recycling, saying that recycling efforts reduced the country’s carbon emissions by a net 49 million metric tons in 2005. In the United Kingdom, the Waste and Resources Action Programme stated that Great Britain’s recycling efforts reduced CO2 emissions by 10–15 million tons a year. Recycling is more efficient in densely populated areas where there are economies of scale since investment in environmentally efficient technology requires an upfront fixed cost.

Approximately 1.3 billion tons of Municipal Solid Waste (MSW) are generated globally every year and are expected to increase to approximately 2.2 billion tons per year by 2025. In fact, the amount of waste produced per person per day also depends on the economic status of the community concerned. The rates of MSW growth are fastest in Arabian countries and the Middle East.

Construction activities generate a large amount of waste compared to other industries. It accounts for up to 30% of the total waste output in the world. Construction and demolition waste management have become one of the major environmental problems in many countries. For example, in EC countries, about 200 to 300 million tons of construction and demolition waste is produced annually, which translates to roughly a 400 square kilometer area covered with demolition debris one meter high (Source: US Green Building Council, 2001).

In the Islamic framework, there is an emphasis on conservation, preservation and responsible use of resources. There is a discouragement for excessiveness, extravagance, lavishness and wastefulness in the use of resources. These norms are especially needed in the present times to foster a healthy, livable and sustainable ecosystem. In 2019 alone, humans have used up resources for the whole year within 7 months according to World Economic Forum. Thus, we are disturbing the ecological balance beyond repair and regenerating capacity and thus causing serious concerns for sustainability.

If we glean over the past, Muslim engineers over the past centuries were keen to use sustainable materials and achieve recycling in lifestyles. For example, the operational system of the “Hammam” public bathroom in Muslim cities was a successful sustainable model of recycling and management of resources and disposal of waste. Now, it is high time that we adopt norms, lifestyle and technology which ensure ecological balance and sustainability.