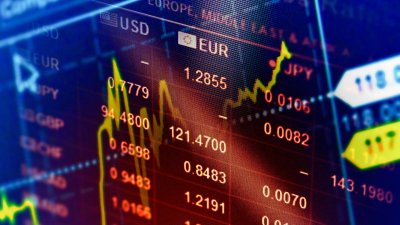 The top most priority of an Islamic investor is to earn Halal income and avoid such sources of earning income and indulging in transactions which are prohibited in Islamic faith. Trading in foreign currencies offers a very good investment option for people who can analyze reasons and factors which lead to foreign exchange fluctuations. Trading in foreign currency is not just an investment option, but for some people, it maybe a necessary thing to do to protect themselves against losses arising from foreign exchange fluctuations.

Suppose you are living in Asia and you design T-shirts and export them to Europe. Now, it maybe possible that you may not receive the payments at the time when you have dispatched the goods to your clients. Let us say, they agree to pay you in USD three months from now. Now, if you had sold a dozen T-shirt for $300 and when the current exchange rate is Rs 85 per 1 USD, then you could have received Rs 25,500 now if the payment was received immediately. But, in most cases, the payment is not received immediately. Now, if you get payment in three months and the rupee appreciates in value against USD, you will receive lesser than Rs 25,500. Suppose the exchange rate fluctuates and now it is Rs 80 for 1 USD at the end of the third month when you are expecting the payment. With this exchange rate, you will only receive Rs 24,000 if you convert your $300 in rupees.

Now suppose you are living in Asia and you design T-shirts and you import a special machine from Germany to process your garments. Now, if you had purchased a machine for $3000 and when the current exchange rate is Rs 80 per 1 USD, then you could have purchased it for Rs 240,000 now if the payment is made immediately. But, suppose you agreed to pay three months from now. Now, if rupee depreciates in value against USD in three months time, you will pay more than Rs 240,000. Suppose the exchange rate fluctuates and now it is Rs 85 for 1 USD at the end of the third month when you are paying for the machine. With this exchange rate, you will have to pay Rs 250,500 if you convert your rupees in $3,000 using the current exchange rate.

These examples show that sometimes it is worthwhile to have enough stock of foreign currency accumulated when it is cheap and then use it to pay for goods and services when it is more expensive. Islam does not disallow one to plan for future contingencies.

Hence, people can trade in different currencies on spot as both are considered different commodities. This however should be used only to hedge currency risk. However, forwards, futures, options, swaps and short selling in currencies should be avoided.

In response to a query, Mufti Taqi Usmani once said:

“Currencies are originally a medium of exchange and should only be exchanged for personal use in different countries. To make them a tradable commodity only for earning a profit is also against the basic philosophy of Islamic economics.”