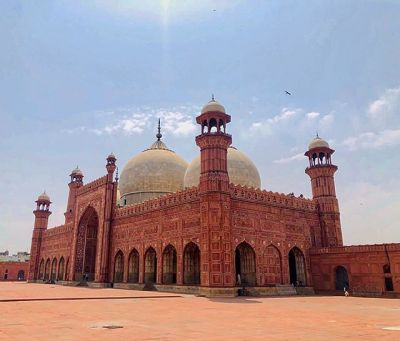 Some scientists create an unnecessary tussle between religion and science in society. Reading about science, contributing to science and using scientific knowledge and technologies does not contradict with religion nor does religion stop from such endeavours.

Religion allows economic endeavours and scientific endeavours to achieve economic livelihood and convenience. It does not ask one to sit idle and expect to be fed naturally or automatically. It does not ask to avoid medicines and cures to treat illnesses. It does not discourage intellectual and scientific pursuits to discover cause and effect relations in the universe and make use of such knowledge. Even in religious knowledge, religion does not feed religious knowledge in brains automatically, but it asks to seek that knowledge by reading, deciphering, thinking and reflecting. Seeking knowledge is regarded as an obligation rather than fed as an effortless gift in humans. In fact, every endeavour which brings comfort, convenience, social good and welfare is an act of virtue and religion encourages one to cooperate in virtuous endeavours. Thus, in pursuit of livelihood or finding cure of a disease, religion does not prescribe some religious rituals alone.

Religion guides about ethics and morality in all human endeavours including scientific endeavours. For instance, religion would not allow using technology to kill someone, harm others and destroy resources and environment. As a matter of fact, 200 million people died in 20th century wars alone, which is equal to all of human population on earth living at the time of Jesus (PBUH). WWF reports that humans have destroyed half of all animal life in the last 40 years alone. Humans just make up 0.01% of all life but have destroyed 83% of wild mammals, according to a report published in the Proceedings of the National Academy of Sciences. Scientists had termed the current age ‘Anthropocene’ due to the unprecedented loss caused by human activities in the modern age. In this kind of involvement of religion in scientific endeavours, religious values play a positive role in emphasizing responsibility, care, preservation and cooperation.

The second possible point of contact between religion and science can come in answering questions of origin, existence and meaning. These questions do not come in the domain of science. Nonetheless, still some scientists who do not believe in Creator and hence any divine religion tend to argue for their held beliefs from some scientific theories. It is conveniently forgotten that any scientific theory has no concern whatsoever with the ‘will’ behind material cause and effect relation. Science can explain chemical processes, physical processes and biological processes involving material causes and effects. But, science does not concern with the purpose behind material processes.

Growing crops through chemical processes can be explained through science, but what end they are used for does not come under the domain of science. Chemistry can help in increasing productivity of food crops as well as making chemical weapons. Abortion of a baby without putting life of mother at risk can be explained through biology, but science does not answer whether it is right or wrong. Weapons of mass destructions can be made through knowledge of disciplines like nuclear physics, but using this knowledge to decimate entire human population in a city or country is a decision whose correctness or incorrectness cannot be judged or answered from science.

If there is a will to produce something or make something happen, then as long as the process of production involves material process, then it can be explained through science. If not all such material processes are comprehensible through science, they still potentially can be with advancement of science in future. However, the will and purpose to start the whole process does not come under the purview of science.

From where did all the initial matter and material processes through which we explain the recipe of life come from? All that we have done through science is to use the pre-existing matter inside the universe in ways that benefit us by exploiting the cause and effect relations from observation and experimentation.

When we play video games, through experience, we learn the rules of the game and make progress to the advanced stages. We do not infer from this experience that the game was not developed by someone. We know that someone will have made the rules. If we come across a computer software or application, then after observation and careful thinking, we can decipher how it was made. By having grasp of computer programming, we can identify the recipe – the code and algorithm – which is behind that computer application. However, it does not mean that discovering the programming code and algorithm of an existing computer program proves its self-existence without any developer. Inadvertently, some scientists even go on to accept the simulated hypothesis, but do not question in the first place that who would have made the rules of the video game in which we find ourselves in.

We know that we are not our creators. If we had the power to create ourselves, why would we be not able to avoid pain, illness and death? Another alternate conjecture is that we have come to exist in this universe by accident. But, science has shown that it is next to impossible to have life by accident in its most sophisticated manifestation as we see it, experience it and then die after few million breaths under the sun. Life exists on a knife’s edge. Other life-forms and inanimate objects are also composed of the elements that exist in universe and their existence cannot be explained through self-creation.

Furthermore, we humans in particular have conscience apart from consciousness. We have ability to differentiate right from wrong. We have self-awareness. If we are result of genetic mutations alone without any Creator and we have come to exist as the fittest species, then is there any harm or anything wrong if we mutate or destroy other life-forms. If water is scarce and we do not want to change our lifestyles and industrial production of unnecessary goods, then what is wrong if we kill few thousand camels instead? For that matter, even human populations. Why is that wrong in the evolutionary biology story where we start from inanimate matter and then decompose into a debris of matter again eventually.

In fact, we have only speeded up extinction in the last 50 years when the science has been on its peak. Morals do not come from evolutionary biology. Towards that end, it is the depressing story of survival upon survival through destruction upon destruction. No wonder we are now seeing tremendous loss to ecology, environment, bio-diversity and forests after setting aside values and morals.

Another question that always strikes a person in every age is the purpose and meaning of life. This is also a question which is outside the domain of science. When some scientists not believing in God relate their atheistic philosophical viewpoint with evolutionary biology, they are making a philosophical conjecture. It is not the domain of science or any scientific theory to discuss ‘will’ and ‘purpose’ behind material cause and effect relation. Science is concerned with the recipe (how), not the purpose (why).

Religion explains that this universe had a beginning and it was created. After a long period of time, humans inhabited the planet earth in this universe. Humans were created and given this life by the Creator in order to test who among them live a virtuous and ethical life. During this life, there will be temptations to achieve short term material benefit, but unethical conduct will make humans deserve punishment in life hereafter. In contrast, virtuous actions of justice, fairness, generosity, kindness, cooperation and sacrifice will deserve deterministic rewards in life hereafter. Since this life is a trial, one cannot get deterministic rewards in this life. But, every intentional act will get deterministic justice in life hereafter. That is the basic essence and message of religion. It does not matter whether life on this earth came to exist by whichever material process. Religion informs about the ‘will’, the source and the purpose behind creation of humans.

A reflective human mind would look at the pandemic and will be reminded that this life will end one day for him from one or the other material cause. But, it does not matter whether it will be due to any disease or accident. However, his life and life of others is not meaningless. Doctors and nurses who fight hard to save lives might lose their own in the process. But, if they believe in life hereafter, then their virtuous acts will earn them rewards in life hereafter which will begin for never ending again. Unlucky patients who die from this pandemic and those who die from other reasons may have been denied what they deserved in this life. Those who got killed, robbed, denied justice and discriminated against will get deterministic justice and rewards in life hereafter if they had lived virtuous lives given their circumstances in this life. The lucky ones who survive this pandemic will also die one day. If they had helped the ones who were ill, who were hungry, who were deprived, who were unfortunate and who needed help, then their acts of kindness, generosity, sacrifice and devotion will transcend this world and will give those people rewards in life hereafter which will begin for never ending again. A reflective mind will keep in mind the scientific and historical evidence that death is as much a fact as is life. The belief in life hereafter completes the cause and effect puzzle even in moral sphere of life. In life hereafter, everyone will get deterministic reward for intentional acts in this life based on the ability and freedom in the circumstances which one faced in this life, no matter whether rich or poor, white or black, male or female, strong or weak and elite or commoner. That makes life of everyone meaningful rather than a constant struggle of survival in one form of matter to the other form of matter where survival instinct is the only moral code.